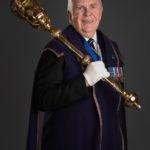 Mace-Bearers have attended civic formalities alongside a Mayor since the middle ages, in order to protect and defend the honour of the Mayor. Originally, Maces were weapons used in battle but over the years as weaponry became more sophisticated, the Ma END_OF_DOCUMENT_TOKEN_TO_BE_REPLACED

Chard is a historic market town nestled within the glorious countryside of South Somerset, close to the Devon and Dorset borders.

Chard has embraced the idea of closer links with our partners in Europe and has long standing twinning associations with Helmstedt in Germany, Morangis in France and Seica Mare in Romania.

Historically the Town Crier was a full time position in many towns, announcing proclamations and other news for their community. Today it is largely a ceremonial function, opening major events, introducing dignitaries and generally lending an element of pageantry to special occasions. 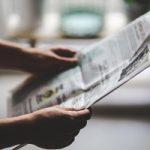 Browse the latest news for Chard.

A collection of photographs from throughout the site, all in one place.

Here is a map of Chard the pins highlight areas of interest for both local residents and tourists.